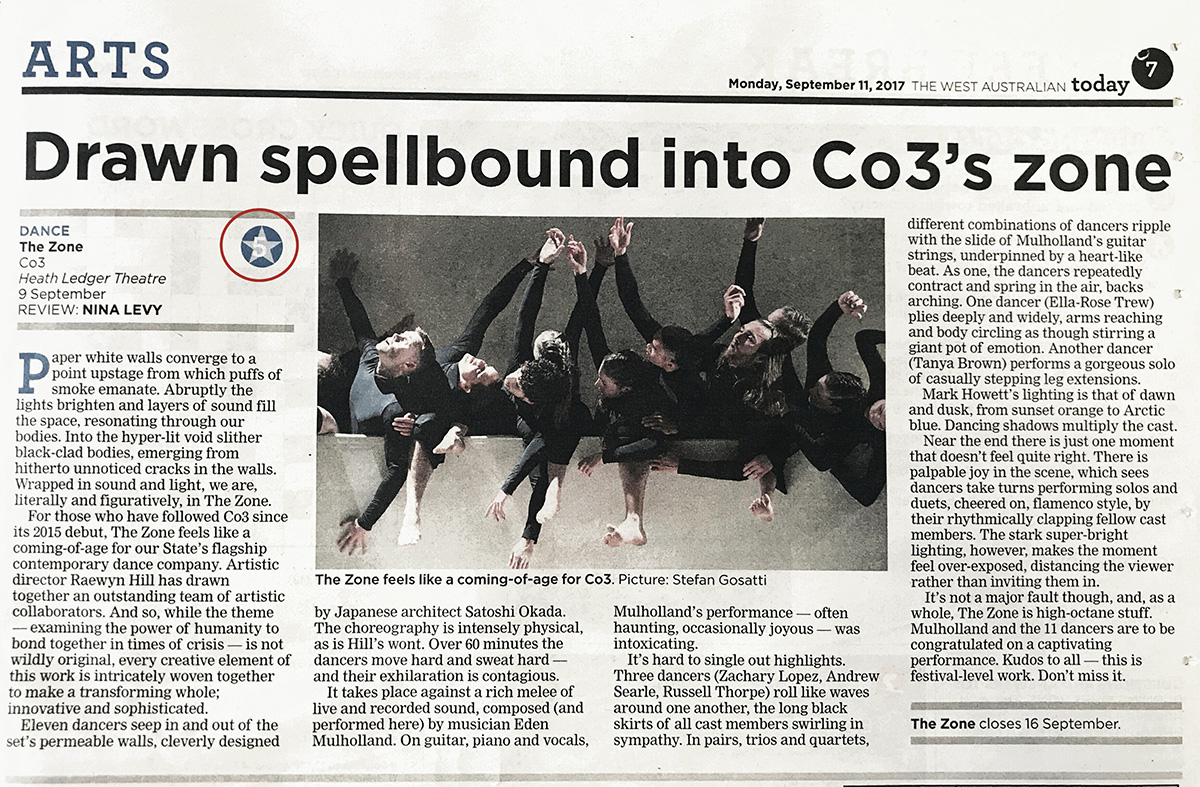 The Zone has been publicly praised by many Australian media. Okada architects' set design for the performance has been defined a work of art itself. What follows is a selection of the most important reviews.

"[...]The pure white set designed by architects Professor Satoshi Okada and Lucia Rocchelli is a work of art in itself. Stunning in its simplicity, [...] professor Okada’s design revolves around illusion and perception[...]"
September 20, 2017

"Powerful and fiery: The Zone combines art, dance and music to create a work of passion. Okada’s set design is striking. [...] The overall visual of was one of broken landscapes and people in despair. [...]".
September 14, 2017

"[...]Underlying and framing the entire work is Satoshi Okada’s compelling stage design, a simpleseeming exercise in classic straight-line perspective that allows performers to create scenes and movement beyond a vast expanse of stage. [...]"
September 13, 2017