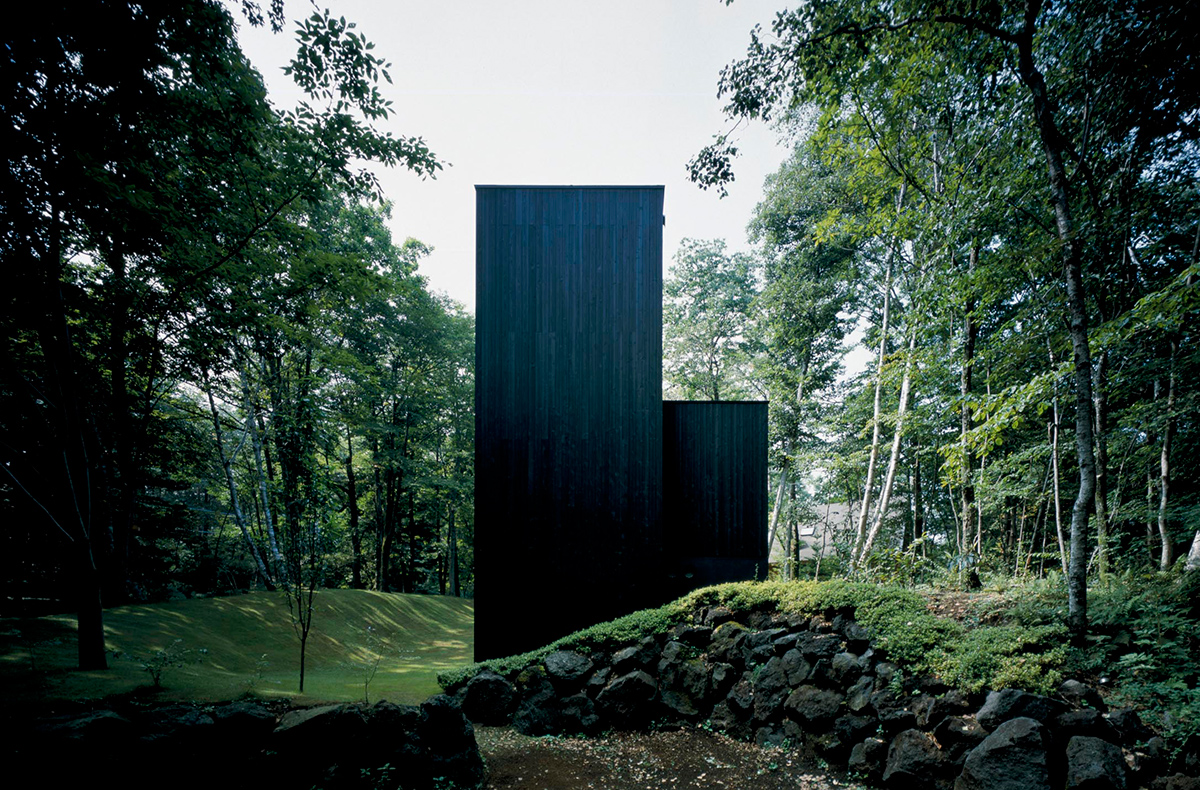 HOUSE IN MT. FUJI is a two-story weekend house located in the northern foothills of Mt. Fuji.

This undulating site of hardened black lava is lush in a centuries-old deciduous forest. The building is five meters wide and 24 meters long, its diagonal wall shaping the experience of the house in three critical ways. First, it distinguishes the building into two separate realms; the larger to the south is dedicated to a ‘public’ living space made up of the living, dining, kitchen and the loft above, while the smaller northward space is dedicated to the ‘private’ area of bedrooms, bathrooms and building utilities. Second, the diagonal wall yields forced perspective in the interior, further emphasized by the sloping ceiling to enrich the spatial experience. Third, the exterior incline leaves a less oppressive impression on its surroundings, as it follows the slope of the nearby topography. Finally, the diagonal wall is tectonically sound, as folded planes endure stress better than perpendicular planes.

The building finished with black-stained Japanese cedar cohesively integrates with the green landscape, reminiscent of upturned earth amongst the dormant magma underneath, creating a shadow within the forest.

JAPAN:
Architecture of the Year 2000