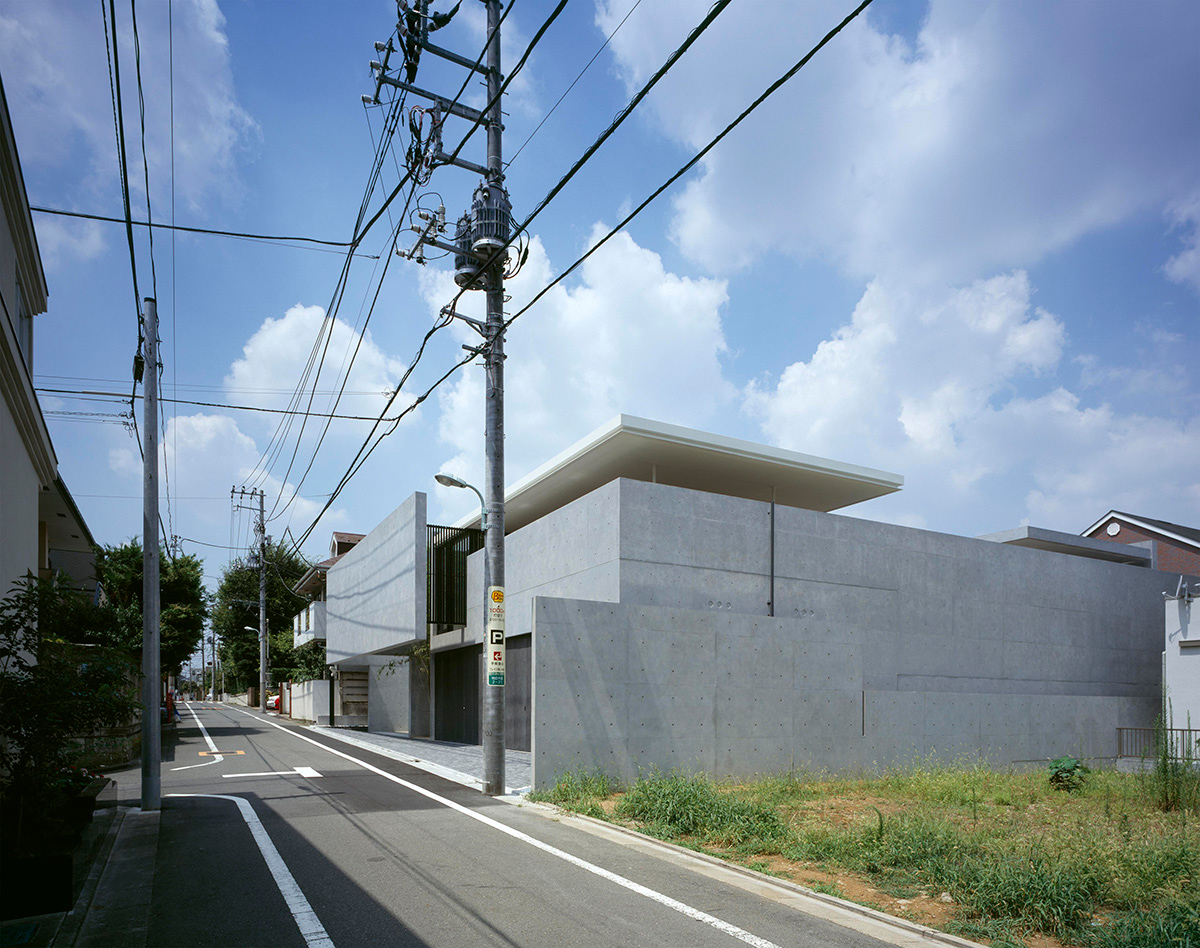 HOUSE IN KAKINOKIZAKA is a single-family residence located in an exclusive housing district in central Tokyo.

The design of the house is centered around three conditions: a garage for six vehicles, a generous living space, and high privacy through a reinforced concrete enclosure.

The central courtyard brings the entire house together as a visual backdrop for the living spaces, all of which is surrounded by glass walls. This courtyard is divided into two, the larger offering a landscaped garden between the supercar gallery and living areas, along with the smaller serving as a lightwell for the kitchen on the upper level and the bathroom on the ground floor. These courtyards run in the east-west direction, and are divided by a transfixed circulation passage that runs through the two garage spaces.

The master bedroom is a half-story below the ground level, creating a high ceiling that complies with local sun-shadow regulations that restrict building heights. The building’s facade includes both horizontal and vertical expressions that allow for an appropriate scale in the context of the Kakinokizaka neighborhood.